Produced in December 2020–January 2021, Lightpaths: Contemporary Photomedia in Taiwan was a video project filmed at Taipei National University of the Arts and Lightbox, feauturing artists Yu Tzu-Chin, Su Misu, Wang Hsiang-Lin, and Mong-jane Wu. The series reflects on their educational experiences, early exhibitions, and current approaches to taking on commissions and developing independent projects, while working across art and documentary practices locally and internationally.

The project was facilitated by Taipei’s Graduate Institute of Art History at National Taiwan Normal University (NTNU) and funded by the Ministry of Education’s Higher Education SPROUT program. For the pilot project, Beginnings, we produced six videos focusing on issues of resilience and sustainability: two short profiles mentioned the key centres for developing photomedia education and culture in Taiwan, with longer interviews featuring four Taiwanese artists who discussed their early careers.

In these videos, we hear from the following artists:

Su Misu is a multimedia artist known especially for her photographic work staging representations of gender and sexuality. These images raise issues about the boundaries between private and public displays of nudity and eroticism—conventions in Taiwan, Japan, and elsewhere in East Asia that depict eroticised representations of women in graphic media, despite photographic images of nudity being rarely seen in public.

Wang Hsiang-Lin is a multimedia artist, concerned with how we experience images in social-media-saturated cultures. Incorporating digital graphics, sound, projections, and 3D installation, her multi-layered work examines the cascading interfaces between technologically produced representations of place, and embodied experience.

Lightpaths  comes at a time when photomedia art is reaching a critical threshold of recognition in Taiwan, with an early graduate from Taipei National University of the Arts (then The National Institute of the Arts), Associate Professor Yao Jui-Chung, having gained international recognition with his photography. Su Hui-Yu, a recent graduate, is also achieving international success with his video work.

Our project adds impetus to the well-established teaching and learning in NTNU’s photomedia courses. History and theories of photography have long been a feature of the Western Art History program of the Institute. Within  the Department of Fine Arts, Associate Professor Yao Jui-Chung’s practice-led courses have contributed to his enormously successful Mirage: Disused Public Property project.1 Starting in late 2021, there will be a new course at the Institute: ‘Theoretical and Critical Studies of Contemporary Photomedia in the Asia-Pacific.’ So, what the artists in the Lightpaths videos say about education and its contribution to creative practice and critical discourse in Taiwan, has already begun to inform curriculum development.

Editor's Note: The essay is authored by Hugh Hudson in July 2021 as an accompaniment to the Lightpaths: Contemporary Photomedia in Taiwan video series, featuring interviews with artists in the project.

Letter from the Editor
Mariam Arcilla

Taipei Biennial 2020: You and I Don’t Live on the Same Planet | Review
Leora Joy Jones

Letter from the Editor
Mariam Arcilla

Taipei Biennial 2020: You and I Don’t Live on the Same Planet | Review
Leora Joy Jones 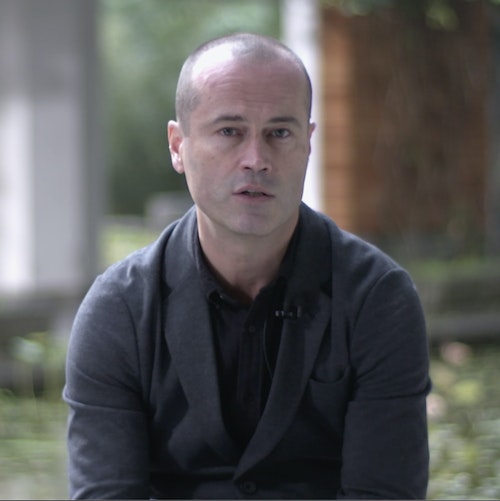