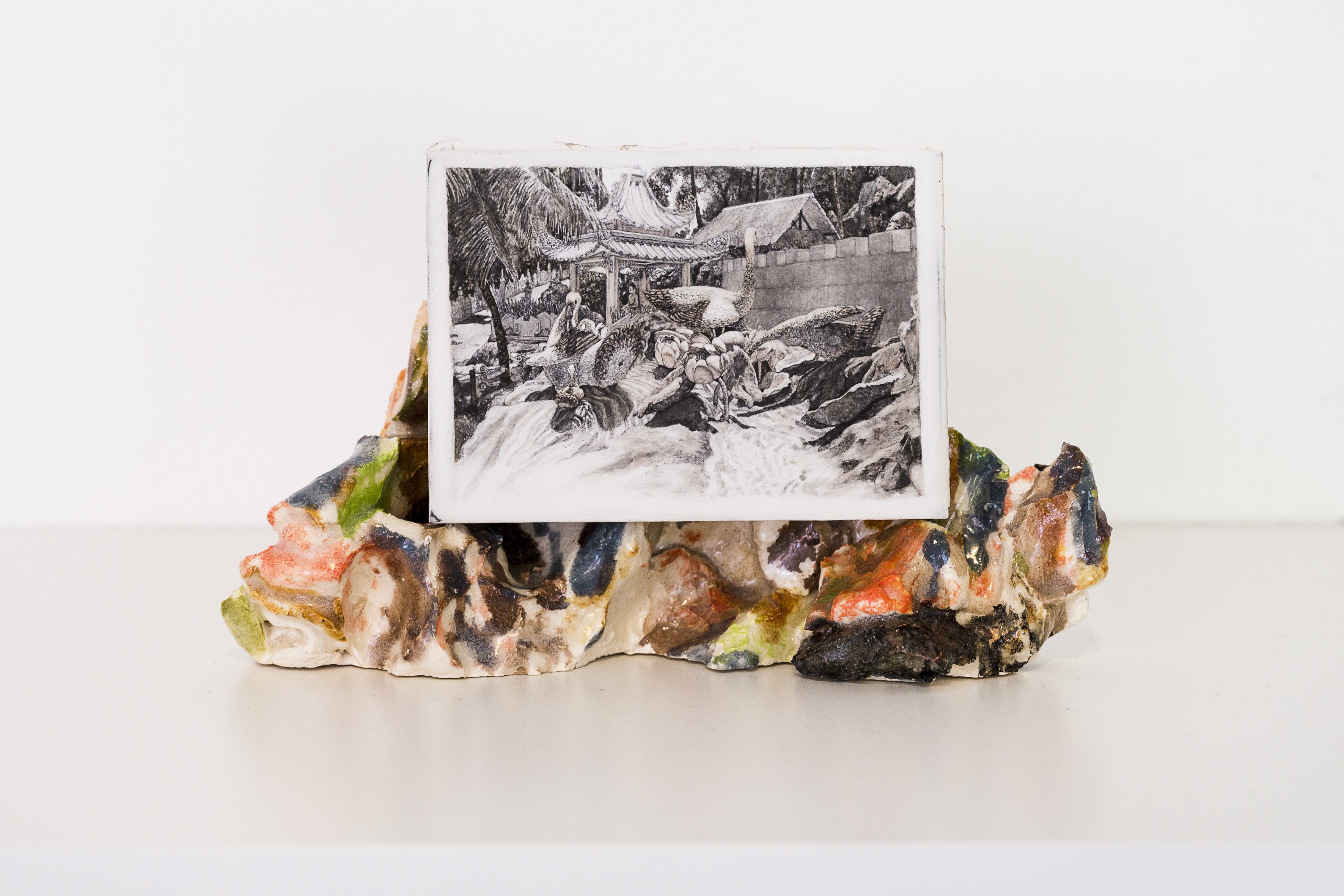 Taking Singapore as a locus of multiple regional identities, By All Estimates brings together works by artists that give form to narratives obscured by the city-state’s rapid urban and social development and the coexistence of competing projections of cultural inheritance and recognition. Over the past decade especially, Singapore’s investment in cultural institutions has been seen as an attempt to position the nation as a beacon of cultural capital in Southeast Asia. Underpinning this expansion lies an ever-evolving matrix of received and contested narratives that within certain contemporary public realms—from the streets of the city to the corridors of the museum—jostle, overlap or otherwise mingle in approximations of the influence of multiple societal and economic imperatives. By All Estimates presents works from Kolkata-based Rathin Barman, London-based Erika Tan and Singapore-based Moses Tan in Australia for the first time, alongside works from Singapore-born and Sydney-based artist Jessica Bradford.

Rathin Barman’s Home, and a home (2016) takes as its foundation the façade of a colonial shopfront building in Singapore’s Little India district. Commissioned by and created for the Singapore Biennale 2016, Barman considers his 1:1 scale structure of welded brass and steel as a three-dimensional drawing in which he invites viewers to physically enter, thereby transforming the body’s relationship to the work from an architectural exterior to a cage-like interior space. During his research for this work, Barman spent significant time engaging with migrant workers – mostly men and mostly from the Bengal region of Bangladesh and India – whose day of hard labour in the construction and maintenance sectors begins before sunrise. Many of these men live in cramped conditions above such shophouses that, on the outside at least, offer tourists a picture of Singapore’s colonial past while at the same time masking the visibility of the migrant workers that are essential for the ongoing development of the city’s infrastructure and the services that keep its economy humming.

Jessica Bradford’s ongoing historical and present-day research around Singapore’s Haw Par Villa underpins her most recent body of work spanning painting, ceramics, video and installation. Formerly known as Tiger Balm Garden, Haw Par Villa’s website describes the site as ‘an 8.5-hectare Asian cultural park, the last of its kind in the world … The eclectic park is a treasure trove of Asian culture, history, philosophy and religion—quirky yet enlightening, at the same time.’ Established in 1937 by Burmese-Chinese brothers Aw Boon Haw and Aw Boon Par, the developers of the famous Tiger Balm medicinal ointment, the park was intended as a both an educational and entertaining experience that offered hundreds of statues and giant dioramas based on Chinese folk history, mythology and morality. In the 1980s, a period coinciding with Bradford’s early memories of visiting with her family as a child, the park was acquired by the Singaporean Government during a period of concentrated governmental debate around national identity marked by a renewed focus on ‘Asian values’. Over the years, sculptures have been added or removed, modified or relocated by various involved parties, often altering the intended symbolism or meaning of the statues, dioramas and the park itself. In her work, Bradford excavates and further obfuscates Haw Par Villa’s layered representations of the intertwined projections of cultural and national identities that jostle among competing ideas about tradition and its processes of inheritance.

Erika Tan’s Repatriating The Object With No Shadow: Along, Against, Within and Through (2013–14) takes the structure of an A to Z (a ‘gesture’ towards the encyclopaedic or comprehensive), to approach a glossary of terms, events, artefacts and personal accounts which connect us to the historical through the specifics and the context of the colonial museum in Malaya. Beginning with ‘A is for adventure, advantage and advocate’, Tan’s video work employs archival anthropological films of indigenous tribes of the Malay peninsula, tracking shots of museum displays, animations of collection objects backed by green screens, and a voiceover narration that hovers between pedagogical lecture and fictional fable, among other audio-visual material, to create a mesmeric filmic montage that challenges past paradigms of ethnographic commission and omission, inclusion and exclusion, with broader contemporary resonances and implications.

Moses Tan presents works from his recent series, Memorial for Boogie Street (2018). Incorporating drawing, sculpture, audio and virtual reality, Tan’s suite of works in By All Estimates seek to re-articulate often forgotten, repressed and censored queer histories of Singapore, especially of the communities and activities that centred around Bugis Street from the 1950s to the mid-1980s when the downtown area begun its transformation from a well-known (and well-frequented) site for cruising and transgender sex workers and their clients to what is today a haven for tourists with malls, markets and cultural institutions. Playing with ‘Boogie Street’, the title of a Leonard Cohen song that is said to have been inspired by the songwriter’s short stopover in Singapore in the early 1970s on the way back from Sydney as part of a world tour, Tan’s works are an elegy to an era that seemed more open – and paradoxically, compared to today – permissive of flaunting queerness ,while at the same time stand as metaphors for the relationship between the street and the inner lives and latent desires of its varying denizens. 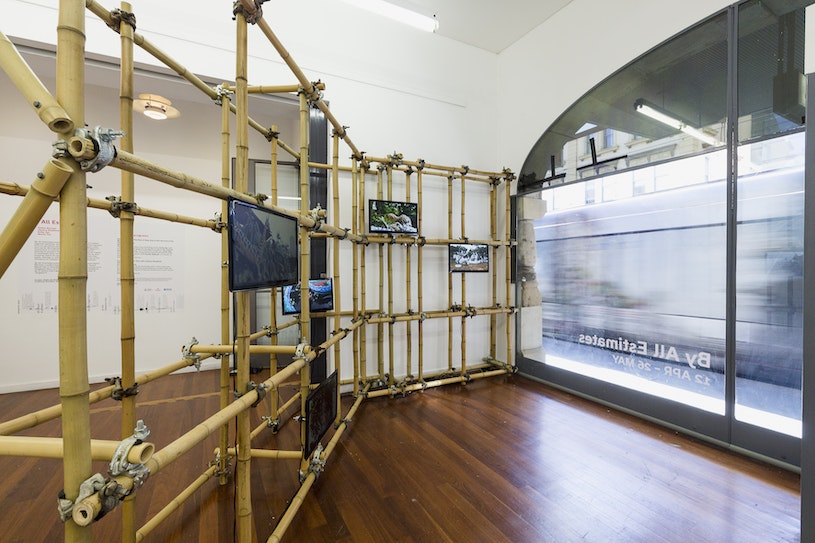 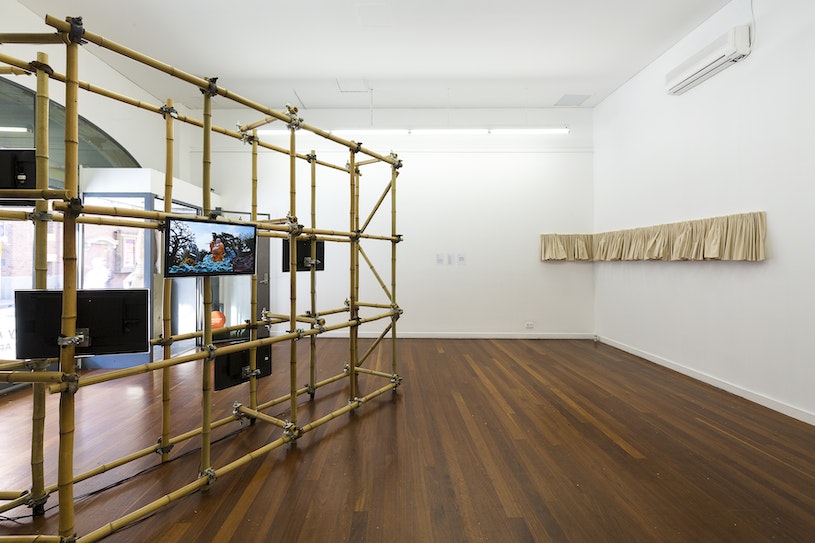 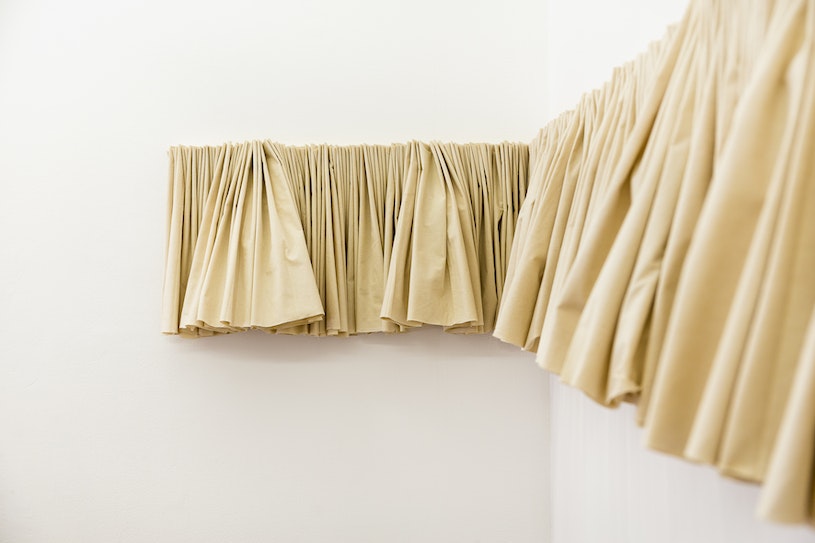 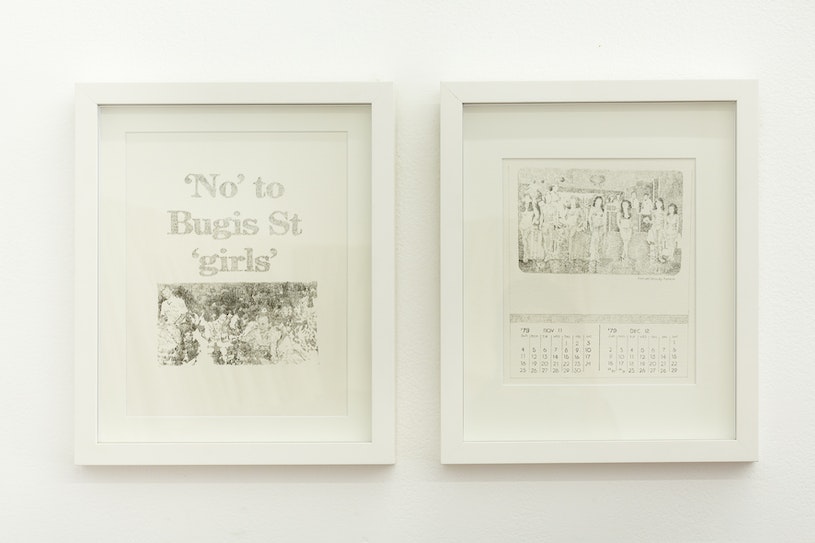 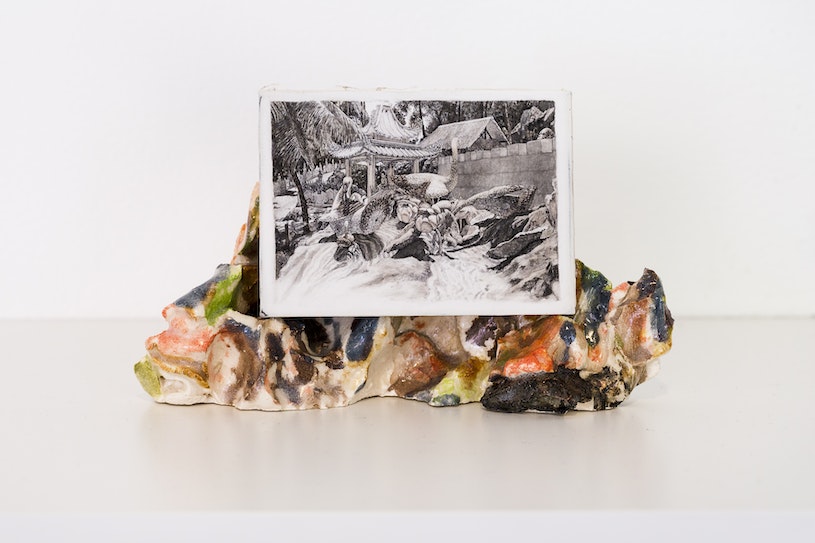 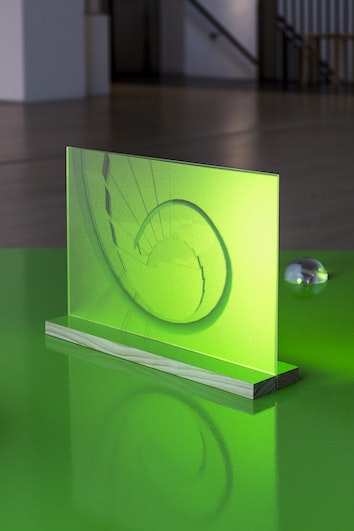 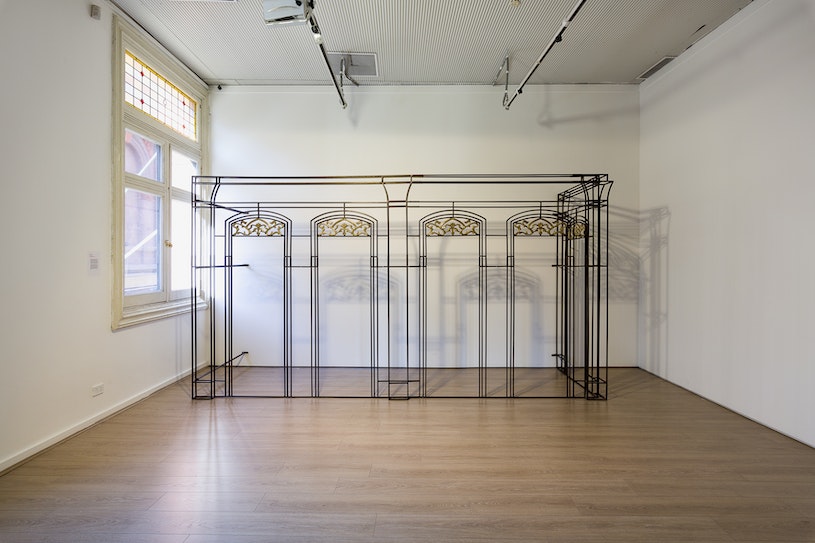 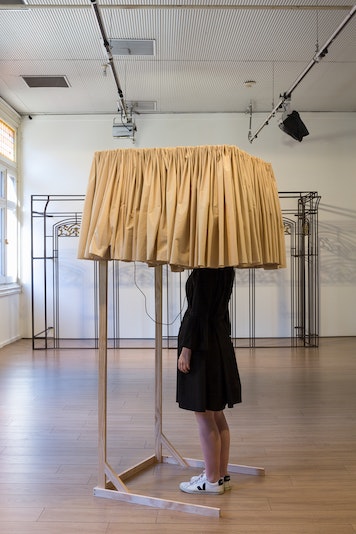